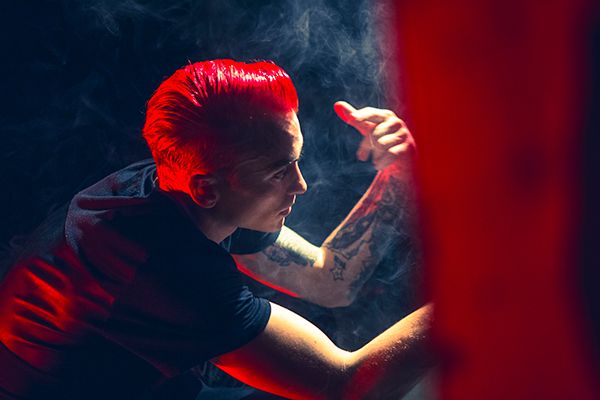 Shifty Eyes is an immaculate dynamic lyricist who is shaking up the hip-hop scene in Alberta, Canada. He utilizes calculated presence to envelop freestyle bars on top of pristine instrumentals in live time which is the most challenging art form in hip-hop. As an independent artist, Shifty Eyes has developed a prominent footprint on his stomping grounds and is ready to magnify on an international podium. Shifty Eyes partook in some severe tribulations growing up in a state of confusion after being adopted – abandoned by his creators by bandaging the pain through drugs in which he developed a solemn and unfortunate dependency on. Compulsive addiction almost took his life away at a certain point from a fatal overdose, let alone the risks that went hand in hand with the trap. This was a wake up call to focus heavily on his gift of being a musician and tailor all that negative energy into motivation to create great records.
​
After his tours across America – his brand has considerably caught traction amongst the most respected hip-hop community members and local bodies. Shifty Eyes opened up for platinum selling artists at some of the toughest venues throughout America to perform and has carved out a specified niche that his team is ready to expand upon. Shifty Eyes ultimate goal is to bring value to the hip-hop genre through positivity by actions and inspire listeners through his poetic wordplay/storytelling. Shifty Eyes passion for music is inexplicable and his vibrancy in the studio is contagious through countless testimonials of artists working who have worked with him.

In 2017 Shifty Eyes was signed to Concore Entertainment by CEO Charve The Don and released Shifty Eyes's single "Beast" which is now being played on BET Jams, Sirius XM and radio station across America.
Shifty Eye's EP Titled "Beast" is scheduled to be released May 8.
Read More