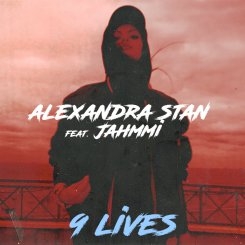 Brand new single off Alexandra Stan's latest album "ALESTA", "9 Lives" follows the success of "Ecoute", "Balans" and "I Did It Mama".

Due to the Asian successful promo tour, many TV shows and a constant presence in international music charts, as well as the success of the previous singles, Alexandra Stan decided to shoot a video for the single: ”9 Lives”.

This is yet another single with the potential to skyrocket into a hit. Alexandra’s choice of a single is not random, as “9 Lives” is one of her most requested songs when on stage, fans all over the world singing the lyrics alongside the artist.

In this new video, Alexandra takes everyone by surprise with a bold change of look, and we can all agree: she looks fantastic! Still, the change is not permanent, but the artist is the epitome of reinvention and courage, so we can all await more surprises from her in the near future. Strong, determined, ambitious and hardworking, Alexandra lives every minute with the energy of 9 lives combined all in one.

Regarding the single "9 Lives”, Alexandra declared:

The video was shot and directed by Criss Blaziny, a talented film director and artist with whom Alexandra Stan collaborated for a few songs last year that got great feedback from the fans and the public.

The single was produced by Borislav Milanov and it’s a collaboration with the Bulgarian artist Jahmmi.
Read More