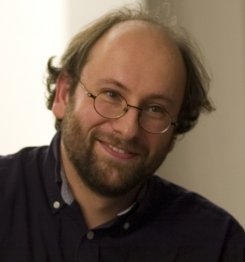 Matthias Kadar (1977), composer, was born in Paris of Hungarian-German parents. After a short study in economics, he decided to concentrate on music and composition.

Kadar studied with Christian Lauba in Bordeaux and later with Theo Loevendie at the conservatorium in Amsterdam. In his Oeuvre, there are about two hundred pieces for most instruments including a book for piano (Der Virtuos), a book of songs for baritone voice and piano based on poems in German, Hungarian and French, a small theater piece (Cyrano) and a Concerto for violin and orchestra (Aede). Most of his works have had public performances at different festivals all over the world. (Mahler festival in Budapest, Ireland, Japan, USA, Salzburger Festspiele, etc. .)
At the National Remembrance Ceremony of the 4th of May 2009 in the Nieuwe Kerk in Amsterdam in the presence of H.M. the Queen of the Netherlands, H.R.H the Prince of Orange, H.R.H. Princess Máxima, government officials and members of parliament, two compositions of his for women quire and tenor solo were performed: 'Is dit een mens' on a text by Primo Levi in the translation of Jan van der Haar and 'Navertellen' on a text by Wim de Bie. These compositions were commissioned by the 'Nationaal Comité 4 en 5 mei' of the Netherlands.